When going off-road nothing is certain, so having rooms booked in advance at hotels in different locations isn’t really a good idea.

After a bit of research on the roads of Iceland we chose to go rent a 4×4 and have our rests either in the vehicle or a room if find any on our way. Reason being that not all roads of Iceland are paved with asphalt, but there are a lot of gravel roads especially when getting off the ring road. And with the weather changing rapidly, the driving conditions will do too. 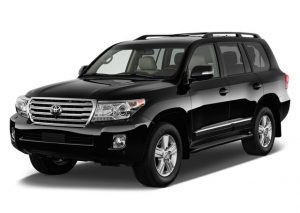 Renting a vehicle is very expensive in Iceland. So is the fuel when compared to the UAE. And a lot of them were already booked in advance until early 2017. We were lucky to come across Reykjavik Auto and they had the cheapest rate for a 2015 Toyota Land Cruiser . Plus they were super quick to respond to our queries.

From the various types of insurances they offer, we took the SCDW (Super Collision Damafge Waiver) and the GP (Gravel Protection) insurances. You also have a lot choices on extras. For an additional cost, they can offer an extra driver, GPS, 4G Wifi Router (with 5GB data), a roof box and a booster seat. We only opted for the GPS system as we would be having data on our phones. Plus if our only means of accessing the internet was through the 4G Wifi Router, we wouldn’t have access to the internet once away from the vehicle.

They do have a variety of cars. Check out http://reykjavikauto.com/

Sure the camper van would have the luxury of beds, a kitchen and water supply, but we rather move around safer and faster.