Time has come to say goodbye to the luxury of showers and beds. We had a good long chat with Ella and Tolli after breakfast. He was talking to us about his flying and shooting experience. Along with a friend they shot aerial footage of Iceland. The shooting lasted over 2 -3 years and is on a DVD. All of this and he told us he does not know much about photography. He owns 3 aircrafts currently parked at the Rekjavik airport. Four years ago before starting the Arbol Guesthouse, he used to fly about 200 hours a year. That’s come down to 20. Anyways, it was 11am; we had to say our goodbyes and get on the road. 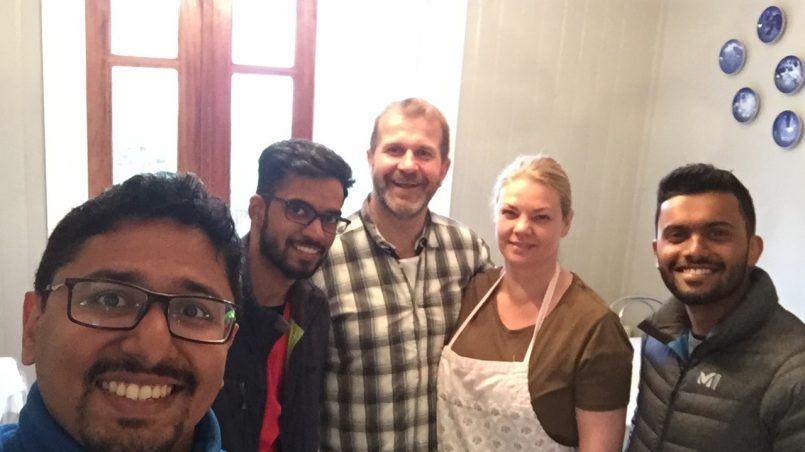 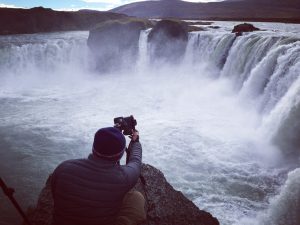 We drove to Godafoss as planned. It was so windy and therefore misty. But as usual we had to go with the flow, get what we could and move on.

The drive to Aldeyjarfoss was pointless. The shadows were worse. Though it was windy, I flew the drone to get some footage. On our way to Hofsos we stopped at Akureyri to grab lunch. The town was so beautiful. It has become my favourite town in Iceland now. And yes they did have a beautiful church high up on a hill. While Seby and Niaz went to get souvenirs from the nearby shop, I was shooting this church. I’m making it a point to shoot most if not all the churches of the towns we pass by. 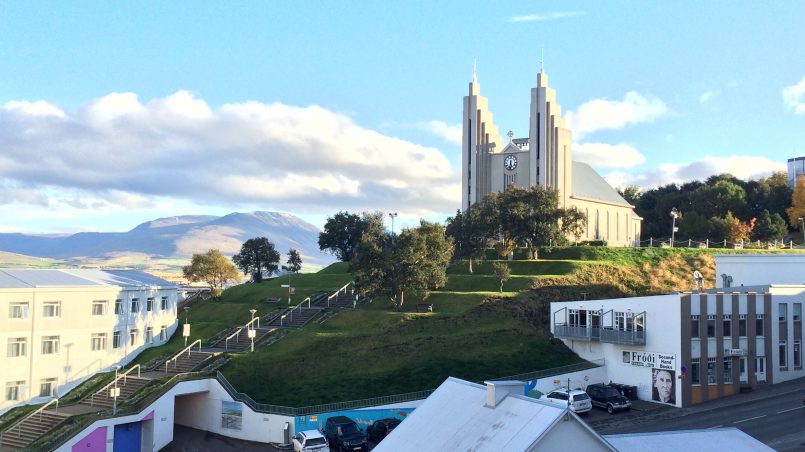 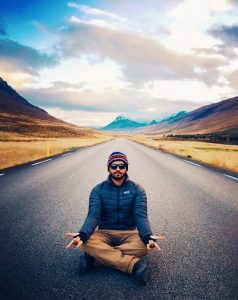 On our way to Hofsos we drove through beautiful mountains. The orange light from the sunset and the low clouds complimented the scene. We stopped at a spot and took some photos and  selfies.

Here’s one of the so-called ‘travel yogi’.
We reached Hofsos after sunset. It was a very small dead town. We camped at a spot hoping to see the northern lights since the forecast showed the possibility was very high. Sebey did some test shots in the middle of the night and saw a very faint light. Plus it was very cloudy to shoot. I don’t know when or how I dozed off. 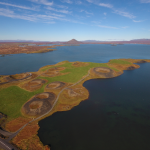 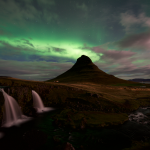