Getting out of the airport was quick. What delayed us was the guy from the rental company who was supposed to pick us up from the airport and take us to the rental office. We spent almost 45 minutes waiting on him. 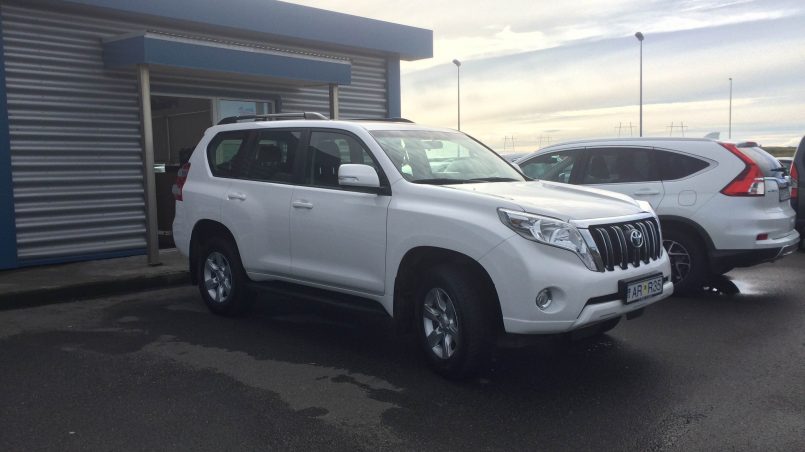 Once we get to the office, another issue followed. Though we rented the car from Reykjavik Auto, the process of handing the car over was done by Iceland Rentals. The cashier credits the card twice by mistake. And to get that sorted we almost spent an hour there.

After sorting that out we had a bite and then headed towards our room in Sollvalagata, a beautiful one bedroom apartment we found on Airbnb for a very reasonable rate.

We refreshed a bit (did not sleep at all), the plan was to spend the day in purchasing items and preparing for the trip. The following day we would set off to the Golden Circle route. So before we did anything, we had to convert the Euros we have to Kronas (Niaz says Corona :D). We went to a couple of places nearby but they said that only banks change currencies and they are off today. We couldn’t take their word for it because it really didn’t make any sense. So we decided to go to the centre of Reykjavik and maybe there we would find a place that would change currencies and have a sim card for sale.

We drove through a few allies and reached the Hallgrímskirkja church. That’s a massive structure. Still looking for a place to change currencies  we walked in the allies of the street around the church. It was drizzling. These busy streets had a lot of retails and colourful buildings. Niaz then entered a travel agency called Around Iceland. Maybe they could guide us to where we can get our currency changed. 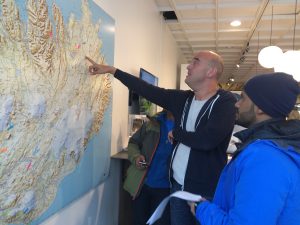 We met Kristjan who works there and is one of the partners of the business. We spoke about his visits to Dubai and what we do and why and how we ended up in Iceland. 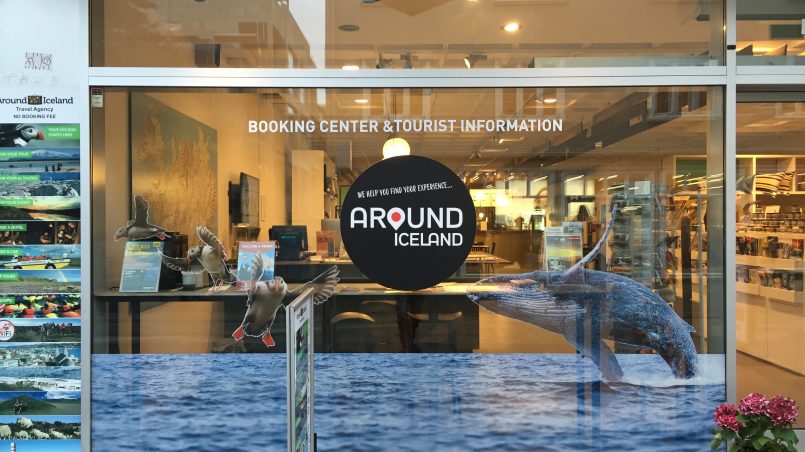 Kristjan being in the tourism department, we asked him if he could help us with the tours and our trip around the ring road. He  was very kind and gladly helped us jot down a 12 day plan around Iceland. He also did connect us with someone up north who will take care of our stay when we do reach the norther part. We spent almost an hour and a half to create a fixed plan with specific timings for specific locations. That made us realise that we were under prepared. But thanks to Kristjan, we are all set with a clear itinerary in hand. He also did point us to a store that converted currencies and a store that sold SIM cards. 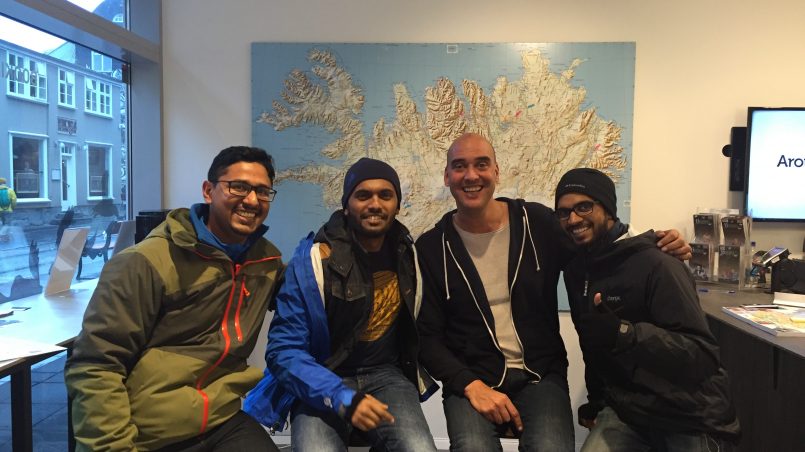 With the delays we had during the day and since stores in Iceland close by 5:00 – 6:00pm, it was impossible for us to check out the camping equipment we needed such as a tent and sleeping bags. On our way back from the exchange house we stopped by Around Iceland again and asked Kristjan if he knows a place we can get camping equipment. He hooked us up with 2 sleeping bags that belongs to him and booked us a third sleeping bag and a tent. This guy is awesome 😀

Around 8:30 we headed back to our car at the Hallgrímskirkja church and spent some time shooting blue hour shots of the church. We left when it started getting too windy.

I wonder how we are going to survive shooting and sleeping in the open. 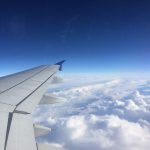 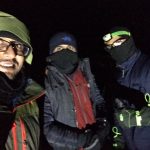